I began smashing buttons one spring day in 2010 when I was angry and frustrated. Sitting on my workbench was a worthless bag of vintage metal buttons. I had been trying unsucessfully to sell them on Etsy, no one wanted to buy them. So I decided to just smash the whole bag, I had nothing to lose.
` 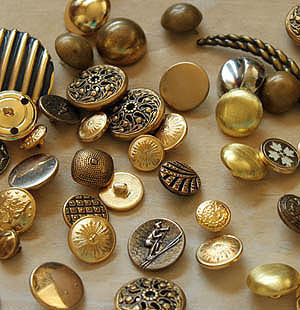 So I smashed and smashed, with my hammers, with the claws, with a ball peen. On some, the plating peeled off, others turned out to be plastic, but quit a few became much more interesting. Especially the solid brass ones and the hollow filigree ones. I was pretty happy with this little experiment 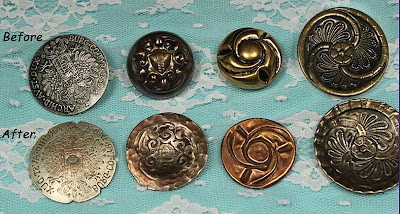 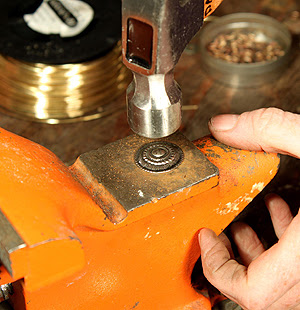 Maybe that’s what we need these days, to pound some character into all of the slick stuff we have around our homes. (hummm, now that’s an idea, ugh oh!) 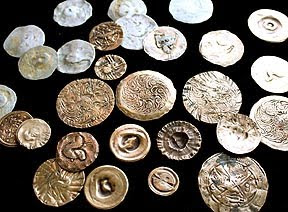 I found it very satisfying to smash and flatten these hollow objects. I can't explain why.  Once sufficiently smooshed, I decided to pound them on one side only so that they would be slightly concave like little flowers, then I layered 2-3 buttons in a stack and riveted them together. I took these to a workshop at Anderson Ranch to show to my teacher Bob Ebendorf. He and the other students really liked my smashed button idea and encouraged me to make more. 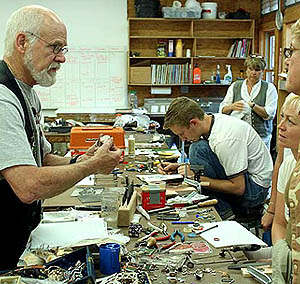 So I went home made those charms into my first smashed button necklace. 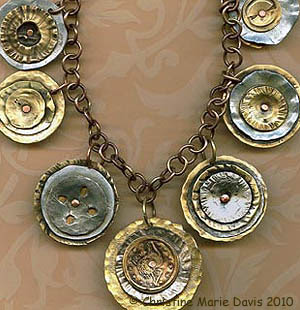 I started making more things but I was running out of buttons. The little bags of 50 or 100 I was buying weren't lasting long. I needed more, lots more. My big coup came when I found a Button Seller. She had about 10,000 buttons. I bought the whole lot. 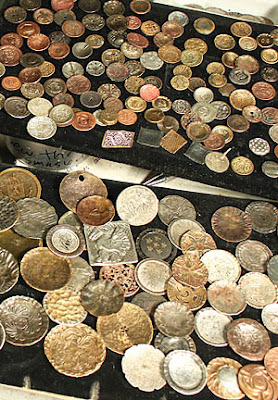 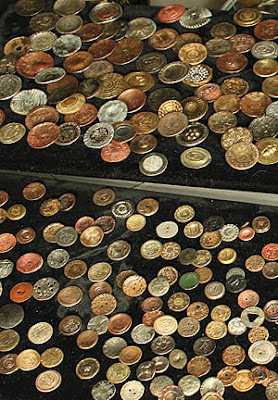 So now, I create handmade jewelry with vintage and antique buttons.  These pieces have what I call a "Gypsy Steampunk"style: exotic and elaborate in a heavy metal sort of way. 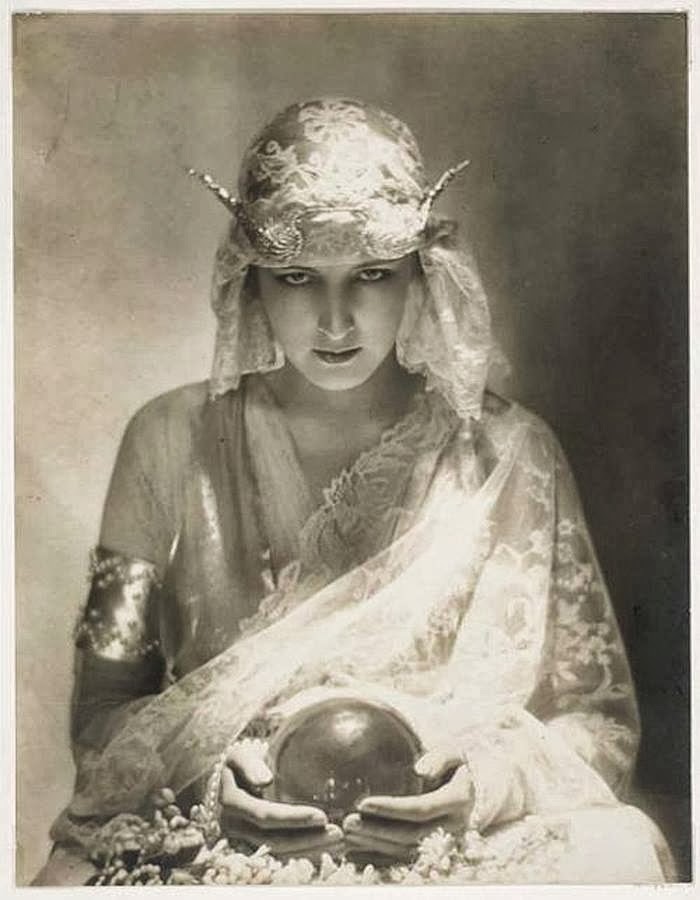 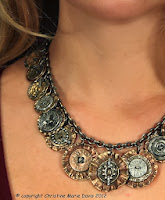 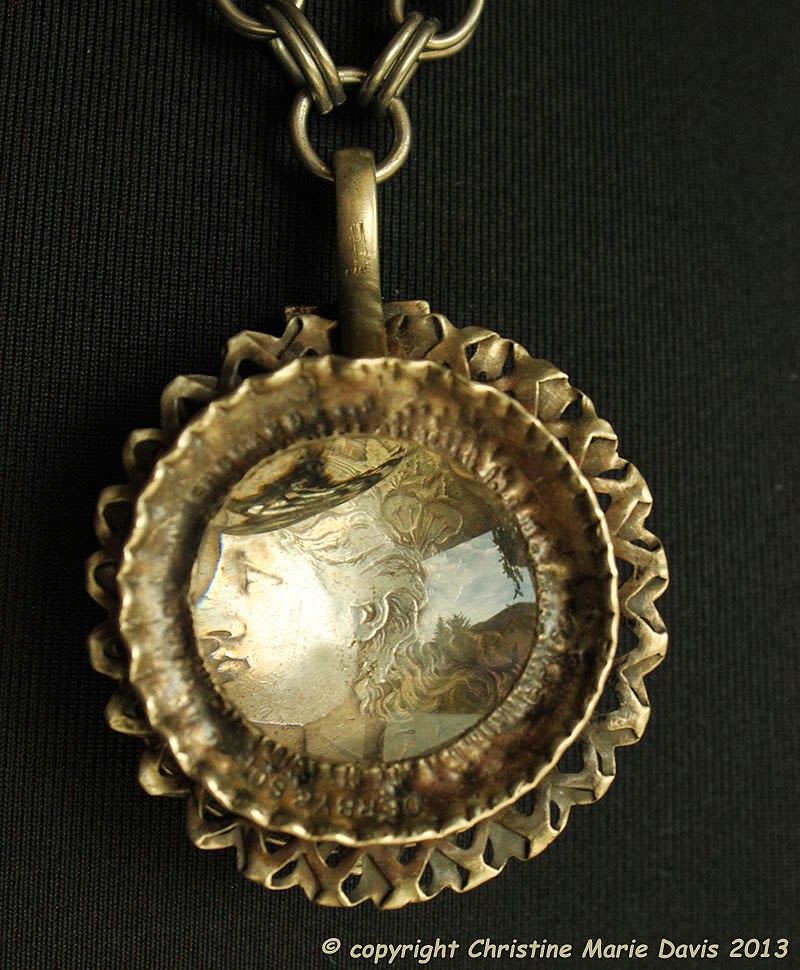 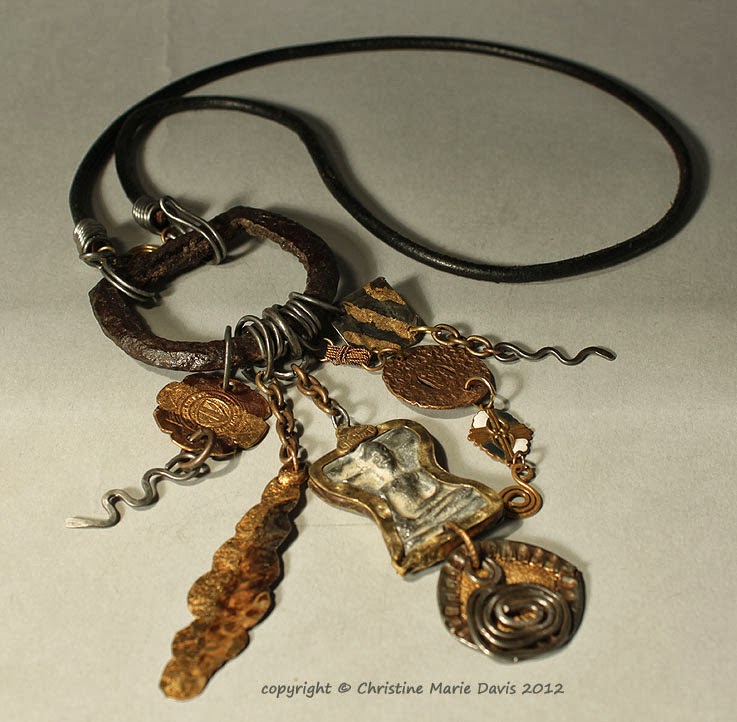 with Christo and Jeanne Claude

on the "Shoe Fence" near Villa Grove, Co 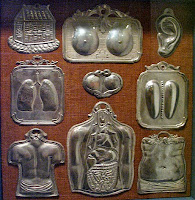 The soul has been given its own ears to hear things that the mind does not understand."
~Rumi 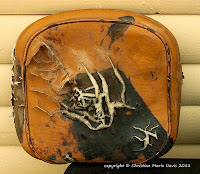 The Australian aborigines…say that for each personal there is one place in the natural world where he most belongs, a place that's part of him and where he is part of that place. In finding that place, he also finds his true self. Bill Plotkin, from Soulcrafting 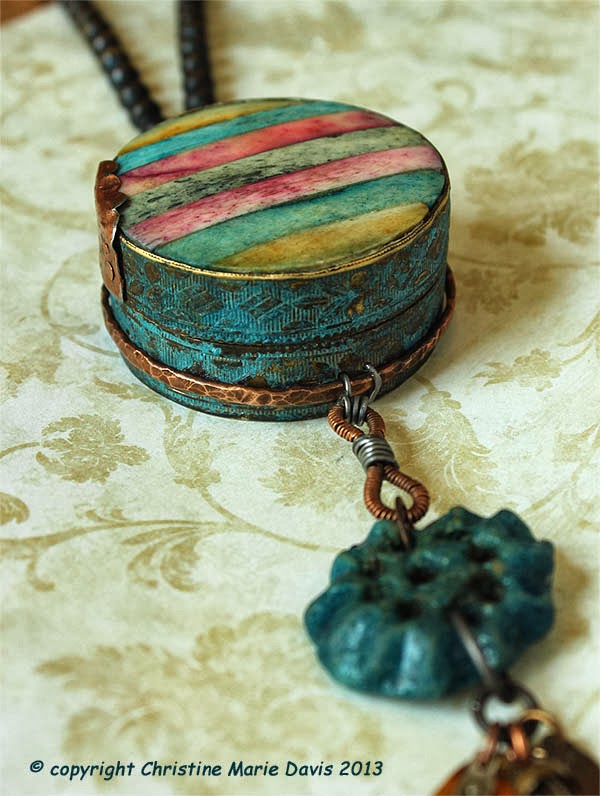 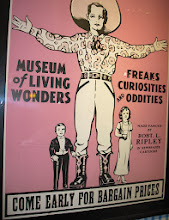 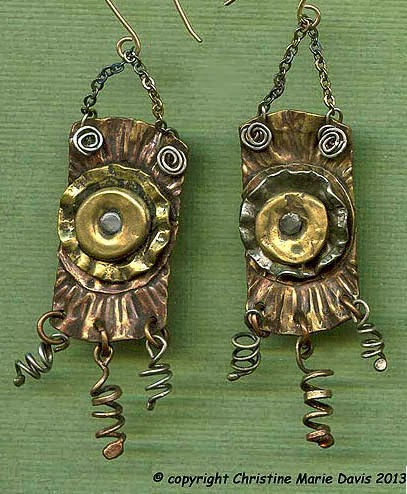 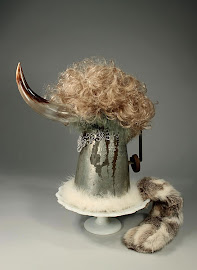 Featured in the Book "Humor in Craft" 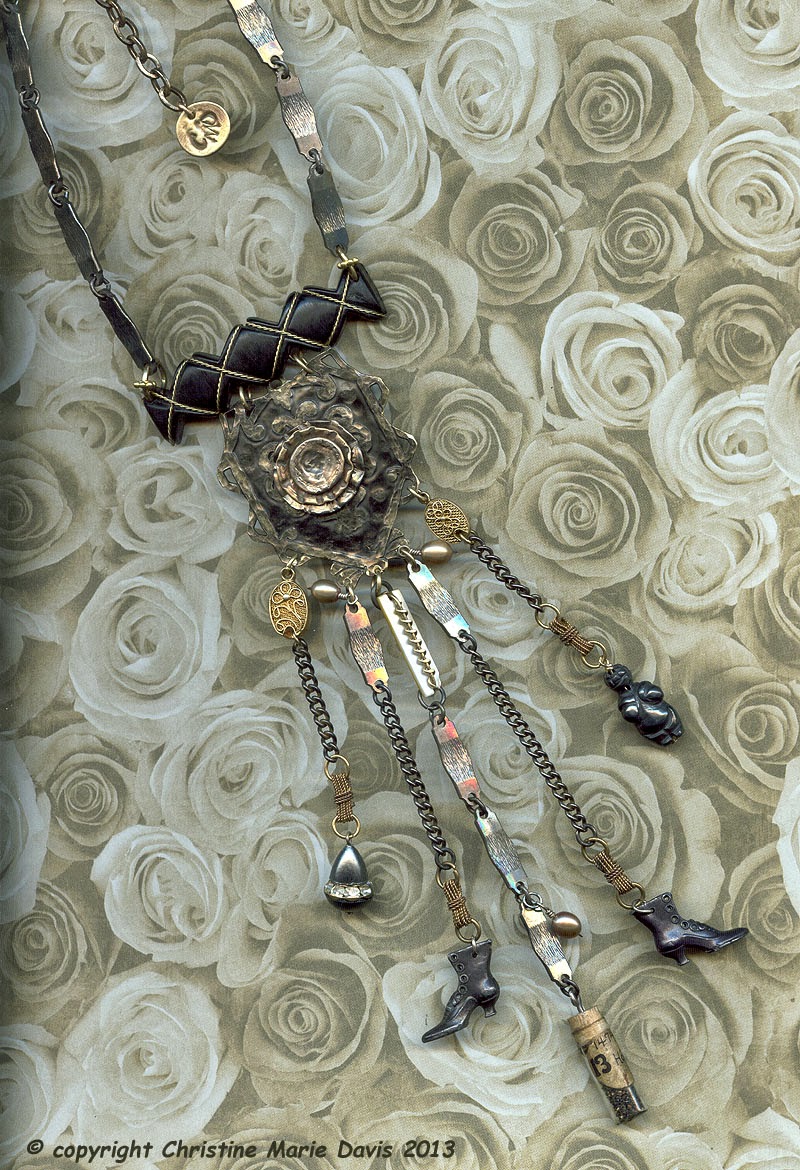 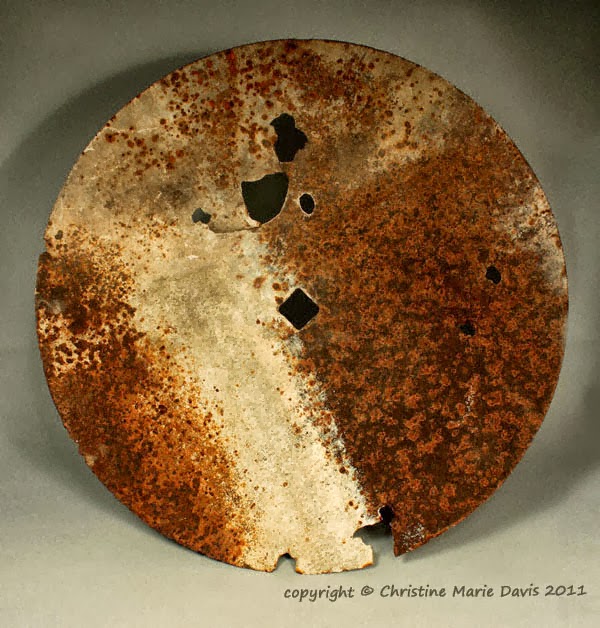 made by the ghost of Peter Voulkous 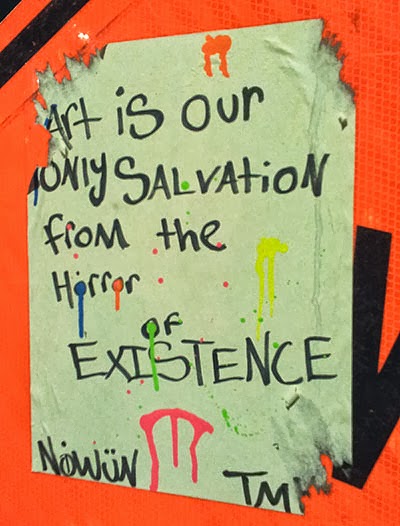 Immanence is the awareness of the world and everything in it as alive, dynamic, interdependent, interacting, and infused with moving energies: a living being, a weaving dance. -Starhawk from Dreaming the Dark 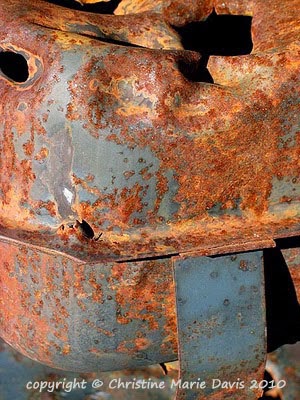 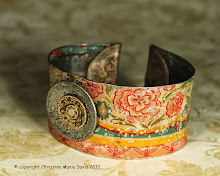 Using Textile Arts and handcrafts in Therapy with Women 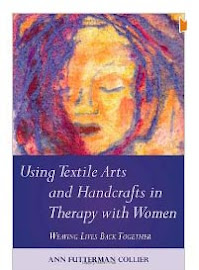 my sculpture featured in this book